75% jump in Brits streaming a new deal on their broadband

GoCompare Broadband has seen a massive increase in its website traffic in the first two weeks of February, reporting a 75% increase in visitors to the comparison service compared to the previous two weeks.

Looking at the numbers compared to the same period in 2021, there has been a 30% increase in customers getting online to look for broadband deals, with fixed term broadband deals of 18 months or more proving more popular than ever.

Hannah Isitt, broadband expert from GoCompare, said: “The cost-of-living crisis is having far-reaching effects across the UK, and with energy, fuel and inflation costs all on the increase, it can feel like there’s very little that people can do to control their finances. But we are finding that this is driving more customers to search for alternative savings across all aspects of their lives.

“In particular, we’re seeing significant increases in people looking to fix the price of their broadband deal for a set amount of time, so they can budget properly.  Some providers have also announced that they will be increasing their prices in line with inflation, with some bills increasing by nearly 10%, so this might also be having a knock-on effect for those looking to budget.”

Hannah added: “Our previous research found that a staggering 37% of those surveyed had never switched broadband providers. There are advantages to frequently shopping around and changing providers as they tend to price products to attract new customers rather than rewarding loyal ones.

“Key things to look out for are broadband speed, the monthly cost, whether the deal is fixed for a certain amount of time, as well as how well the providers customer service is.

“With many of us still working from home, there really is no excuse for having a bad broadband deal and service at your home.”

You can find out more about GoCompare’s broadband comparison and how to switch at www.gocompare.com/broadband/switching-provider/. 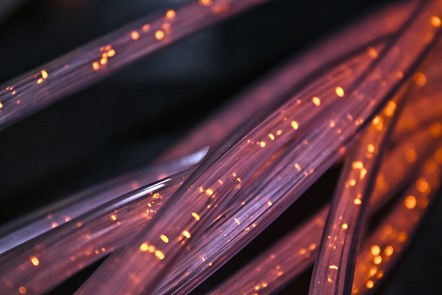