Only 16% of people have switched broadband provider in the last 12 months, according to figures from GoCompare Broadband. (1)

Those aged 18-25 are the most likely to switch with 23% doing so in the past year and those aged 65 or above are the least likely to change, with just 10% opting for a different broadband provider during the year.

As Christmas approaches, there has never been a better time to check you are getting a good broadband deal. After all, tis the season to be streaming and it’s becoming just as popular to sit down with the family to watch a streamed film online as it is to moan about the Brussel sprouts, eat leftover turkey sandwiches, play never-ending charades and overindulge in the chocolate liqueurs.

If you enjoy dancing round the kitchen to a good Christmas party list while the turkey is cooking, you’re not alone. Figures show that 2020 was also the biggest year for streaming Christmas music with a huge 60,001,698 streams. (2)

So, if you’re planning to watch the likes of the Princess Switch 3 on Netflix, A Bad Mom’s Christmas on Amazon Prime or enjoy a spot of dancing to a Spotify playlist this year, you’ll be relying on your broadband to ensure that can happen.

And Hannah Isitt from GoCompare Broadband says there are good savings to be had for those willing to switch to a different broadband provider: “People have flocked to the likes of Netflix and Disney+ to stream festive movies in the last few years so it’s perhaps surprising that, despite our reliance on all things broadband, not just at Christmas but throughout the year, less than one in five people have made the switch in the last year.

“Providers tend to price products to attract new customers rather than rewarding loyal ones so if you haven’t reviewed your broadband arrangements for a few years, it’s certainly a good time to do so. Using a comparison website is the quickest and best way to get the best deal. Remember to compare product features like broadband speed and customer service as well as prices and you could get a good pre-Christmas deal in time for all those festive movies you are want to watch with the family.”

Key points to remember when switching your broadband:

You can find out more about GoCompare’s broadband comparison and how to switch at www.gocompare.com/broadband/switching-provider/ 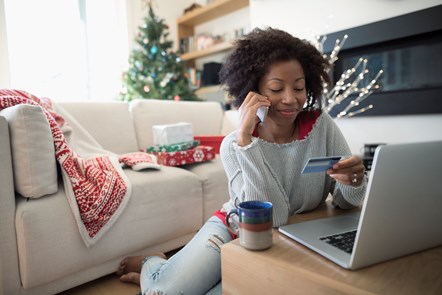