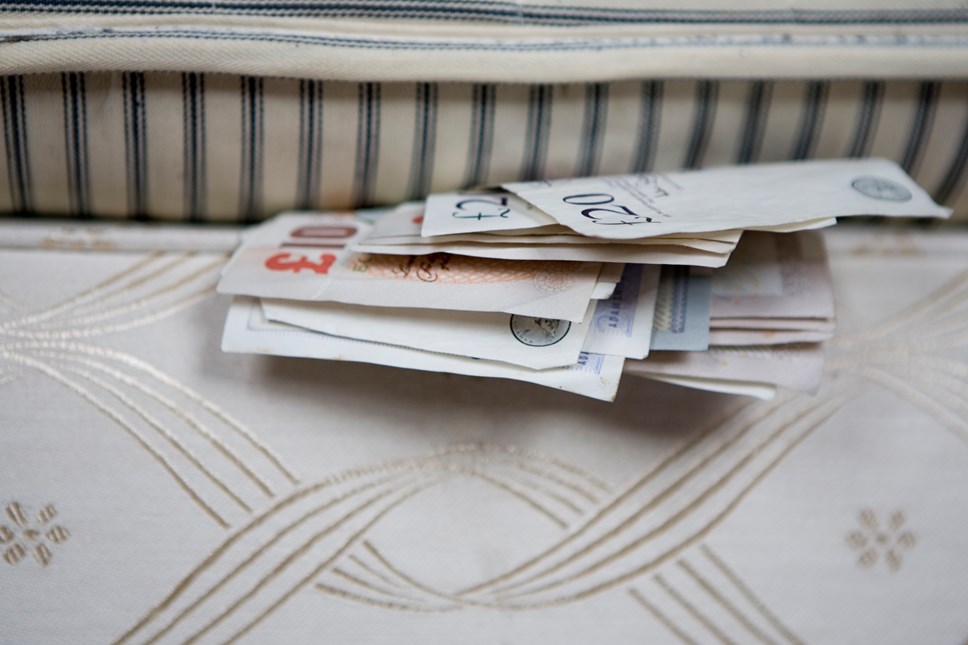 Three months on from TSB and Visa failures, Brits found to be hoarding £7.7bn in cash at home

New research released today shows that in the wake of the chaos caused by the systems failures at TSB and Visa, a quarter of UK adults are now keeping more cash at home, specifically in case it happens again.*

The research revealed that the recent financial IT failures have prompted more people to keep cash at home, as many (30%) say they are worried about bank security.  16% said they have also gone back to using cash more frequently, rather than just relying on their bank and credit cards.

Technology failures earlier this year left millions of people unable to access their bank accounts or to pay for goods or services.  In April, an attempted systems upgrade by TSB left many of its customers locked out of their mobile or online accounts, many of whom have experienced ongoing problems. In June, a systems failure at Visa prevented millions of card payments throughout the UK and Europe.

The survey also asked people who said they keep large sums of money at home where they stash their cash.

Most home contents policies will cover a limited amount of personal cash kept in your home against theft or damage.  However, unless you have opted for personal possessions cover, which insures belongings you take out and about with you, most policies don’t provide cover for cash outside the home.  Cover for cash that belongs to a business is generally excluded.

Analysis of over 400 home contents policies*** by GoCompare Home Insurance found that while 94% provide cover for cash in the home the sum covered varies widely between policies – from £100 to £10,000 but typically most cover £500 to £1,000.

Few policies (17%) automatically cover cash taken out the of the house, most require you to upgrade your cover to add personal possessions.  A handful of policies (4%) don’t provide any cover money away from home.   Again, for those policies covering cash away from home, cover levels vary dramatically between different policies, but most are set around £500 to £1,000.

Commenting on the research, Georgie Frost, consumer advocate at GoCompare Home Insurance said, “The temporary collapse of Visa’s payment system coming hot on the heels of the unprecedented online banking failure at TSB has clearly left many consumers worried about their reliance on technology and card payments.  So, it’s unsurprising that more people are now choosing to use cash more frequently and store sums at home to tide them over any future problems.

“However, some of the sums being stashed at home are eye-watering!  if you decide to keep a reasonable amount of cash at home, check your home insurance to make sure you have the cover you need.  Don’t store your money in places where it can easily be lost or damaged.  Keep it in a safe place, ideally in a secure, fire and water proof container such as a home safe – not under the mattress or the bath.”

*On 20 July 2018, Bilendi conducted an online survey among 2,004 randomly selected British adults who are Maximiles UK panelists.  The margin of error-which measures sampling variability-is +/- 2.2%. The results have been statistically weighted according to the most current education, age, gender and regional data to ensure samples representative of the entire adult population of United Kingdom. Discrepancies in or between totals are due to rounding. 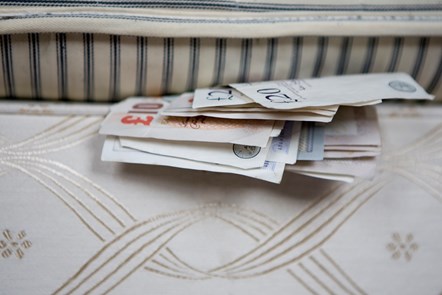