The best test around: top ten BEST and WORST places to pass your driving test revealed

Does where you take your driving test really make a difference? The comparison experts at Go.Compare car insurance have studied the latest data* to reveal the highest and lowest pass rates at driving test centres across the UK – and there’s a big difference between them.

Looking at figures from the last twelve months, the test centres with the highest pass rates are:

The top ten test centres with the highest pass to fail ratios are all located in Scotland – from Hawick on the Scottish borders, to Ullapool in the far north.

All ten of the centres above have achieved pass rates of 75% or higher in the last twelve months, meaning more than 7 in 10 people who take their tests in these locations are given the green light. The number one test centre, with a pass rate of 87.1%, is Mallaig – a port in Lochaber, on the west coast of the Highlands of Scotland.

On the other end of the scale, the ten worst places to pass your test are:

Overall, the test centre with the worst pass rate is Erith in south-east London, with less than 3 in 10 people who take their tests being judged roadworthy. In total, four of the driving test centres with the lowest pass rates are located in London boroughs, while a further three are in Birmingham, and one in Manchester.

Ryan Fulthorpe, motoring expert at Go.Compare, said: “When it comes to taking your driving test, there are a number of factors that will affect what happens on the day – and while we all know the importance of choosing a good driving instructor and preparing well in advance, our research shows your choice of test centre could make a difference too.

“The average pass rates across the country vary widely, with as many as 9 in 10 people passing their tests in some locations, and as few as 3 in 10 passing in other places. Rural Scottish driving test centres boast the best pass rates across the UK – though they are also some of the quietest, with the number one test centre – Mallaig – only conducting 31 tests in the last 12 months.

“On the other hand, test centres with the lowest pass rates are much busier in comparison – with all conducting well over 7000 tests. Urban areas dominate the lower end of the scale – with test centres in London, Birmingham and Manchester having some of the worst pass rates in the last twelve months – and with the added challenges of built-up roads, big intersections and traffic jams, this may not come as a surprise.

“Learner drivers have a lot to think about in the run-up to their test – and insurance is one thing it’s important to get right. Comparing car insurance policies will help you find a great price, as well as making sure you have the cover you need, whether you pass first time or not.” 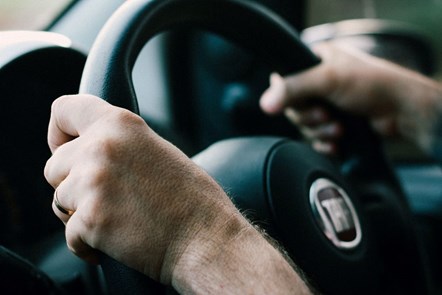