One in six households won’t be turning on the lights this Christmas, to save on energy costs

New consumer research from Go.Compare Energy has revealed that a sixth* (16%) of UK households won’t be putting up their Christmas lights this year, to save on energy costs. This number has increased by a third since December 2021**, when just 12% of people told Go.Compare that they wouldn’t be decking the halls with lights.

This is the second year that Go.Compare has conducted this survey, in which more than 2000 people are asked about their plans for Christmas lights. The results for 2022 revealed that a fifth will still be putting up the same number of lights this Christmas, claiming that they won’t be concerned about the bills. However, this number has almost halved since 2021, when 41% of people said they wouldn’t be cutting back on their lighting plans.

This year’s survey also found that just over a quarter (27%), said they’d be putting up fewer lights this Christmas, in a bid to save money on their energy costs. But when asked about Christmas lights in general, just 7% said they thought it was inappropriate to light up this year.

Gareth Kloet, of Go.Compare Energy, said on the survey: “It’s understandable that more people will be thinking twice before they turn on the lights this year. Rising energy prices have been hitting the British public hard throughout 2022, and with no end in sight, it makes sense that bill payers will be looking at how they use electricity throughout the home, and Christmas lights will be no exception to this.

“Christmas is a wonderful time of the year, but it can also be a financial worry for many and with the turbulence of 2022 looking like it will continue into 2023, many of us will be thinking about cutting back this year even on decorations.

“If people do decide to put up the fairy lights this Christmas, there are some ways in which you can reduce the amount of energy they use, including using flashing or timed lights which consume less energy.”

Go.Compare has also developed an energy calculator which allows you to look at how long you use various appliances in the home – including Christmas lights – and how much this could ultimately cost. This can be found here: https://www.gocompare.com/gas-and-electricity/guide/energy-calculator/.

*1On 4-7th November 2022, an online survey of 2,077 randomly selected Great British adults was executed by Maru/Blue. For comparison purposes, a probability sample of this size has an estimated margin of error (which measures sampling variability) of +/- 2.1%. The results have been weighted by age, gender, region and social grade to match the population, according to Census data. This is to ensure the sample is representative of the entire adult population of Great Britain. Discrepancies in or between totals are due to rounding.

**1On 5-9th November 2021 an online survey of 2,009 randomly selected Great British adults was executed by Maru/Blue. For comparison purposes, a probability sample of this size has an estimated margin of error (which measures sampling variability) of +/- 2.1%. The results have been weighted by age, gender, region and social grade to match the population, according to Census data. This is to ensure the sample is representative of the entire adult population of Great Britain.

Lynsey Walden or Kath Chadwick at Go.compare on lynsey.walden@gocompare.com or kathryn.chadwick@gocompare.com. 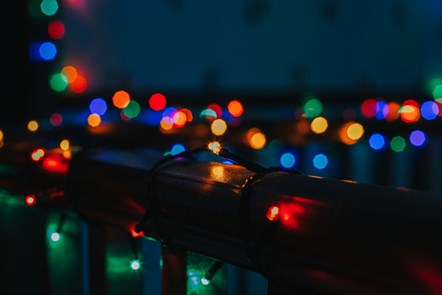