With the festive period upon us and Brits heading into the party season, Go.Compare’s car insurance experts are urging drivers to consider alternative modes of transport for the morning after the night before.

New research from the comparison site shows that one in five people between the ages of 18 and 35 believe that driving while hungover is legal1.

On top of this, nearly a quarter of people (23%) – across all age groups - admitted to having driven while hungover in the past, and a proportion of those (4%), say they do so frequently.

Ryan Fulthorpe, car insurance expert at Go.Compare said, “It’s so easy to think that, because you stopped drinking hours ago and might well have slept since then, that it’s safe enough to drive. However, alcohol takes much longer than we think to leave our systems – an hour for each unit that we drink2 - and you may well still be over the limit, causing a risk to yourself and others.”

In the last five years, 20,441 people failed breathalyser tests in the UK3 and anyone who does get caught driving over the legal limit is subject to six months’ imprisonment, an unlimited fine and a driving ban for at least a year, if not longer.

Over the same time period, a huge 436,067 people were breathalysed and found to have at least some alcohol in their system.

The drink-drive limit is 80 milligrams (mcg) of alcohol per 100ml of blood in England and Wales, or 50 milligrams in Scotland, however each person’s tolerance of alcohol is different.

Ryan added, “The next few weeks are a time of celebration for a lot of people, with Christmas parties, work dos and family get togethers happening everywhere and the opportunities to drive while hungover are ever more frequent.

“Many people might feel that because they are only driving a short distance, or they feel relatively fresh when they wake up, that it’s safe to drive the following morning after a night of drinking. But until you do a breath test, it’s difficult to predict how much alcohol is still affecting you.

“Although it may be slightly more inconvenient, it’s much safer to leave the car at home and find alternative means of getting around the next day.”

1 *On 5th-8th August 2022, a survey of 2079 randomly selected Great British adults was executed by Maru/Blue. For comparison purposes, a probability sample of this size has an estimated margin of error (which measures sampling variability) of +/- 2.1%. The results have been weighted by age, gender, region and social grade to match the population, according to Census data. This is to ensure the sample is representative of the entire adult population of Great Britain. Discrepancies in or between totals are due to rounding.

2 According to NHS UK: https://www.nhs.uk/conditions/alcohol-misuse/risks/

3 According to Department of Transport figures on breath tests carried out  2017 – 2021. 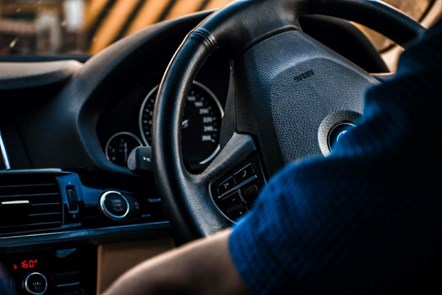