New data from GoCompare Van Insurance has revealed that van insurance premiums have risen by an average of 5.3% in 2022, since new insurance rules were introduced in January this year – with drivers of certain makes of van seeing increases of around 10%.

General Insurance Pricing Practice (GIPP) regulations were introduced in January 2022 by the FCA to stop insurers offering new car, home, van and bike customers a better deal than those who automatically renew. Previously known as the “loyalty penalty”, it was estimated by GoCompare that the practice of offering a new driver a better deal than those who renew, cost motorists £1.2bn a year in higher car insurance premiums. **

But new data from the comparison site shows that all van drivers have seen an increase in their premiums across the board, despite the new rules only applying to domestic policies. The data has also revealed that:

And when it comes to vehicle types, those with Vauxhall, Renault or Peugeot vans saw the largest increase in premiums, with Peugeot drivers seeing a 10% increase year on year. At the other end of the scale, drivers of Ford and Volkswagen (VW) vans saw increases below the average with a 4.3% jump for Ford drivers and just 3.6% for VW drivers.

Ryan Fulthorpe, motoring expert at GoCompare said: “While GIPP was applied to domestic insurance policies, it’s evident that all van drivers – business, social and domestic drivers - have been impacted since January.

“While we know that some of these price increases will have been caused by external variables such as labour shortages, the cost of parts increasing and inflation, these increases represent a significant jump for van drivers.

"And these increases show why it’s so important to shop around and compare prices and cover levels before you buy a policy. Insurers use many different factors to calculate their prices, which can include vehicle make, model and age, customer age, driving experience, changes to repair costs they identify through claims, addresses and postcode, to name but a few. But just because insurers offer competitive prices one year, it doesn't guarantee that the insurer will offer a similar price at renewal. There are still many other insurance companies who will all provide different and potentially more competitive quotes, so while your current insurance company could offer you one price, it’s still important to shop around and see the other prices that are out there.”

More information about the new rules and how you can save on your van insurance can be found at: https://www.gocompare.com/van-insurance/

Lynsey Walden or Kath Chadwick at GoCompare on lynsey.walden@futurenet.com or kathryn.chadwick@futurenet.com.

*Based on quote data between April 21-April 22. 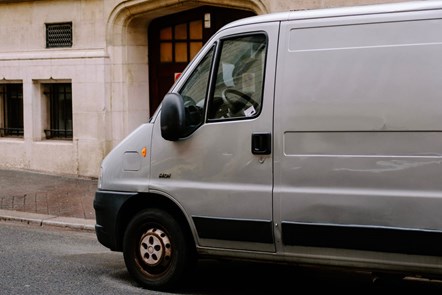