Loss of domestic oil covered on  90% of home insurance policies

More than 1.5million* households in the UK use domestic oil to heat their homes and it’s these homeowners who will have seen their main source of energy rocket in recent months, due to it falling outside of the Energy Price Cap.

Domestic oil is delivered to homes that aren’t on the gas network, mainly those in rural areas, and while most UK’s homeowners who rely on gas and electricity have seen a 54% rise in energy prices since April 1st, domestic oil users will have seen their oil prices triple in price in the past six months. This is because the cost of domestic oil isn’t regulated by Ofgem and is therefore more exposed to price fluctuations.

This type of fuel is usually stored in an oil tank in the grounds of the house and, due to rocketing prices, it currently costs on average between £600 to £875 to fill a 500litre tank* (up from around £250 last year).

The tank that holds the oil to fuel the central heating is often stored outside, meaning that it’s open to the elements and could be subjected to loss from damage to the tank or theft.  This type of loss would be devastating to families who rely on this type of fuel to heat their homes, as well as a significant cost to replace any oil that’s been lost.

But there is some good news for anyone concerned about leaving such a valuable commodity outside, GoCompare home insurance reviewed 349 home insurance policies and found that 312 cover the loss of domestic oil as standard** and a further 15 offer it as optional cover.

Ceri Mcmillan, home insurance expert at GoCompare, said: “As suppliers continue reacting to the ongoing situation in Ukraine and across the UK energy market, domestic oil customers have been left with wildly fluctuating prices and a great deal of uncertainty around its availability.

“All this has pushed the level of domestic oil up in value and made it a highly precious commodity, especially for those living in rural areas, and we are also seeing more reports of theft in relation to domestic heating oil as a result.”

“One bit of good news in all of this, however, is that in the vast majority of cases, any such loss of domestic heating oil, whether through accidental or unlawful means, will usually be provided for as standard by your home insurer,” Ceri added.

If you are a domestic oil customer and are feeling the pinch this spring, GoCompare is suggesting some simple steps you can take at home to preserve the oil stocks you already have:

Ceri said: “We would also recommend that homeowners reliant on domestic oil as their main source of fuel double check the small print in their existing policies too, and think about contacting their home insurance provider if it isn’t provided for as standard.

"The additional cost to your premium is likely to be negligible in the scheme of things, but could end up saving you in the unfortunate event that the heating oil you do have in stock goes astray for whatever reason, and bearing in mind the current climate.” 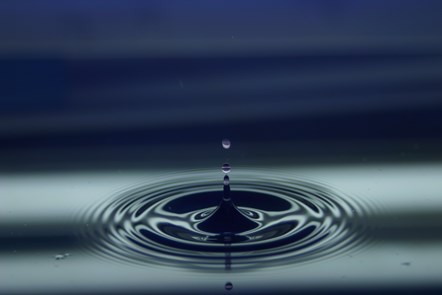