Hitting the slopes? GoCompare warns skiers and snowboarders not to rely on an EHIC.

With hundreds of thousands of skiers and snowboarders heading to European slopes this winter, GoCompare is urging holidaymakers not to rely on a European Health Insurance Card (EHIC) to give them adequate medical cover.

Research from GoCompare travel insurance has found that the benefits provided by an EHIC are overestimated by most British holidaymakers.

59% of UK consumers who’ve been abroad in the last five years believe it entitles them to free emergency medical care anywhere in Europe, with 4% believing it will get them free emergency medical treatment anywhere in the world. 9% believe that carrying an EHIC will entitle them to an air ambulance flight home if they’re seriously ill, injured or need to be repatriated to the UK.

Whilst an EHIC is essential kit for travel in Europe and can save money on emergency medical expenses in some countries, its benefits are not as comprehensive as many people think. Worryingly, 4% of respondents believe that having an EHIC when travelling in Europe means they don’t need travel insurance. The truth is that Brits relying on an EHIC to pick up their medical costs for a skiing or snowboarding accident could be left with a mountainous bill.

According to industry figures**:

1 - A man was accidentally hit by a snowboarder whilst skiing in France and suffered serious bruising. He was evacuated off the mountain by helicopter running up a bill of £5,425.

2 - A man suffered a spinal injury in a fall whilst skiing in France. He was airlifted off the mountain to the resort clinic and later transferred to a bigger hospital. The total bill was £8,978.

The EHIC facts – The European Health Insurance Card (EHIC) is free to most UK residents. However, residents of the Channel Islands and the Isle of Man are not eligible for EHICs. Parents and guardians can apply for EHICs for those aged under 16 and each member of a travel party must have their own EHIC.

An EHIC entitles the bearer to the same level of state medical care provided to eligible nationals of the EEA country they’re in. This means that the treatment may be provided for free, or at a reduced cost, in all European Economic Area (EEA) countries including Switzerland. The EEA includes all 27 members of the European Union (EU) plus Iceland, Norway and Liechtenstein.

However, the provision of state care varies from country to country and does not mean you should expect to be treated as you would if you visited your NHS doctor or hospital. Few EU countries pay the full cost of medical treatment as you’d expect from the NHS. For example, in France a patient may be expected to pay for a consultation with a doctor but will have up to 70% of the cost reimbursed later. The patient may also be expected to contribute to the cost of staying in a hospital overnight.

There are also no guarantees that you will be taken to a state hospital for emergency treatment, and many of the smaller hospitals and clinics found in ski resorts are private. If you end up at a private clinic or hospital your EHIC may not be accepted at all.

If you’re unfortunate enough to need mountain rescue or medical repatriation, the EHIC provides no cover at all. An EHIC does not cover the cost of being brought down a mountain by a mountain rescue team or helicopter and it doesn’t cover the cost of being flown home under medical supervision from any destination. The UK Government generally does not pay for British holidaymakers to be flown home but may do so if there are very unusual circumstances, such as terrorism.

Matthew Sanders from GoCompare travel insurance commented: “Many Brits heading to the slopes this winter won’t understand what benefits an EHIC can and can’t provide. As a result, some of them will be risking incurring substantial medical bills if they have an accident on or off piste. Although it’s useful to carry on holidays to Europe, an EHIC shouldn’t be viewed as a substitute for having travel insurance with a good level of medical expenses cover and appropriate winter sports protection.

“It also won’t be of any help if a serious accident leaves you needing mountain rescue or medical repatriation to the UK. Being flown home under medical supervision can cost many thousands of pounds.

“Anyone heading abroad to ski or snowboard this winter should always arrange suitable travel insurance to ensure they’re protected for any medical emergency. Other benefits of having proper winter sports cover includes protection against losing your skis, your lift pass and other equipment and some even offer compensation if there’s no snow. And with cover from as little as £12.99*** there’s really no need to take the risk of returning home with a huge medical bill as well as bumps and bruises.”

And for more information on winter sports insurance, visit:

*On the 05 June 2018, Bilendi conducted an online survey among 1,461 randomly selected British adults who are Maximiles UK panellists and have been on holiday abroad in the last five years. The margin of error-which measures sampling variability-is +/- 2.2%. The results have been statistically weighted according to the most current education, age, gender and regional data to ensure samples representative of the entire adult population of United Kingdom. Discrepancies in or between totals are due to rounding.

***£12.99 was the cheapest single trip premium quoted on GoCompare for a couple aged 35 and 31 with no existing medical conditions travelling to Austria in January 2019 for one week’s skiing. Policy includes winter sports cover and £15m of medical expenses cover with a £250 excess 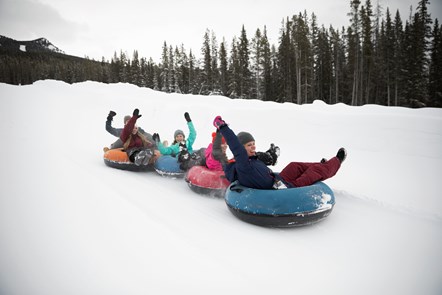