Heavier curtains, quicker showers and slow cooking: the top ways people are trying to save on their energy costs

New research from Go.Compare reveals the measures people are taking to try and save on their energy bills at home

Go.Compare Energy has released new research which reveals the extent to which people are trying to minimise their energy usage around the home.

The survey took place in November, asked more than 2000 people what, if anything, they are doing to try and save on energy costs in their day-to-day lives.

Only 6% of people that took part said they hadn’t made any changes to their routines in light of the increased cost of gas and electricity.

The research revealed the top ways Brits are trying to use less energy, included turning off lights (63%) when they leave a room, putting the heating on less (54%) and turning off appliances that aren’t being used (51%).

Overall, the top ten ways people are trying to save on their energy costs around the home were:

Other measures people said they are taking to cut back on energy bills included showering at the office (5%) and fitting heavier curtains (10%).

Gareth Kloet, of Go.Compare Energy, said on the survey: “This research just goes to show how the impact of increasing energy costs has infiltrated almost every household across the UK. And now we are in the colder months, it’s getting much harder to avoid putting the heating or lights on, so frustratingly, it’s even more difficult to keep the bills down.

“We know that the energy crisis has gone past simple energy saving measures but with only so much control over the situation, it’s understandable that people are trying to take matters into their own hands - and homes. No one wants to be paying more than they need to for energy, and we all are. So, the only options open to us are to use appliances less and try to minimise costs where we can.

“While it’s good news that the energy price guarantee will remain in place until April 2023 at the current rate of £2500, bill payers have to remember that this could then increase to around £3000, as announced in the Autumn budget – a potential further 20% increase. With this in mind, householders need to do all they can now to mitigate that increase, with measures such as good budgeting, increasing direct debits (if they can afford to) and continuing to make more energy efficiencies around the home,” Gareth added.

Go.Compare has developed an energy calculator which allows you to look at how long you use various appliances in the home  and how much this could ultimately cost. This can be found here: https://www.gocompare.com/gas-and-electricity/guide/energy-calculator/.

For some further guidance on how to save energy, you can also visit here: https://www.gocompare.com/gas-and-electricity/guide/energy-saving-tips/.

*1On 4th-7th November 2022, 2077 randomly selected Great British adults was executed by Maru/Blue. For comparison purposes, a probability sample of this size has an estimated margin of error (which measures sampling variability) of +/- 2.1%. The results have been weighted by age, gender, region and social grade to match the population, according to Census data. This is to ensure the sample is representative of the entire adult population of Great Britain. Discrepancies in or between totals are due to rounding.

More information can be found here www.Go.Compare.com or here https://www.futureplc.com/brands/. 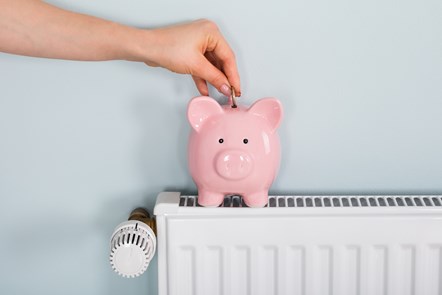