50% of homeowners will be undertaking some sort of DIY task this Bank Holiday weekend, according to new research from GoCompare Home Insurance.

Topping the list of tasks around the house are garden improvements, painting and general repairs.

The survey, which asked 2,000 homeowners about their home improvement plans, found that Brits truly are lovers of DIY with 60% saying they are planning to undertake the work themselves, while 12% said they’d be getting a professional tradesman in to do some of the jobs, just 3% said they’d hire a tradesman to do all of the jobs.

Of those planning to DIY it, 19% said they could not afford to get a tradesperson in, 18% said they were concerned about having someone in their home during the pandemic, and a further 32% said they didn’t want to pay someone if they can “have a go themselves”.

The survey also asked homeowners about the maintenance jobs on their to-do lists, with garden improvements taking the top spot this weekend. According to the research, the top ten DIY jobs people will be doing this Bank Holiday are:

However, GoCompare Home Insurance is warning anyone planning to Do It Themselves this weekend that they should check their home insurance to ensure they’re covered against accidental damage, and that any work they undertake won’t invalidate their policy. The majority of home insurance policies do not cover accidental damage as standard so if something goes wrong, homeowners may have to foot the bill for any subsequent repairs.

Ryan Fulthorpe, home insurance expert at GoCompare commented: “Having a sort out or doing some repairs around the house is obviously popular with a lot of UK homeowners, but there’s a fine line between “having a go” and getting into hot water because of a botched DIY job.

“Any electrical, plumbing and gas work should be carried out by a registered professional and tackling jobs you’re not qualified for could also invalidate your home insurance, leaving you liable for the cost of repairing any damage caused.

“Many people may not realise that a lot of home insurance policies don’t cover accidental damage to your home or belongings unless you have specifically added cover.  So, as well as the safety risk, there’s also a risk to your wallet if it goes wrong and you could be hundreds of pounds out of pocket.”

Accidental damage cover can be added to a home insurance policy and covers any loss or damage to your property and possessions as a result of an unforeseen accident.  But insurers can refuse accidental damage claims if the event wasn’t an accident, or was caused by poor workmanship or faulty materials.

*Between August 20th and August 23rd 2021, an online survey of 2,044 randomly selected Great British adults was executed by Maru/Blue. For comparison purposes, a probability sample of this size has an estimated margin of error (which measures sampling variability) of +/- 2.1%. The results have been weighted by age, gender, region and social grade to match the population, according to Census data. This is to ensure the sample is representative of the entire adult population of Great Britain. Discrepancies in or between totals are due to rounding.

***     Based on independent research by Consumer Intelligence during 1 February to 28 February 2021: 51% of consumers could achieve a saving of up to £217.29 with GoCompare car insurance based on a comparison of 31 companies 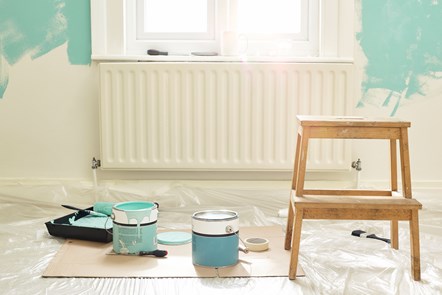