GoCompare comments on MPs' call for e-scooters to be legalised

The Transport Committee of MPs has called for e-scooters to be legalised on roads but that riding on pavements should be prohibited.  Currently e-scooters are illegal on public roads, cycle paths and pavements and drivers face a £300 fine and six points on their licence, if caught.

The e-scooter has been one of the biggest lockdown trends in the UK, as people look for greener and more socially distanced alternatives to public transport.

From 4 July, the government started limited, legal trials of rented electric scooters on public roads, cycle paths and lanes as part of its review of transport following the easing of lockdown.  During the year-long trial e-scooters will be classified as motor vehicles and people will need a driving licence and insurance to ride one.  Use of the rental scooters will be legal and insurance will be provided by the rental provider.

Lee Griffin, founder and CEO of GoCompare Car Insurance commented, “It is good to see a healthy debate about e-scooters taking place now.  They are clearly becoming very popular, but at the moment we still don’t have a clear way forward for their legal use on public roads.  There is a danger that because people see them being used illegally, or see people using them as part of the approved trials, that they assume it is fine to ride one themselves.

“Realistically, we are still likely to be a long way off having a proper legal framework for their private use on UK roads, and in the meantime, we need to ensure people understand the risks. As well as receiving an on-the-spot fine, drivers face having six penalty points added to their licence.  Car insurers view drivers with a motoring conviction as a greater risk and increase premiums accordingly.  The consequences are even more severe for newly qualified drivers who are only allowed to rack-up six points in the first two years of driving, so could end up losing their licence.  To be allowed on the roads again, they must reapply for a provisional licence and re-take both the theory and practical parts of the driving test.”

For information on how points on your licence can affect your car insurance visit: https://www.gocompare.com/car-insurance/guide/how-driving-convictions-impact-car-insurance/ 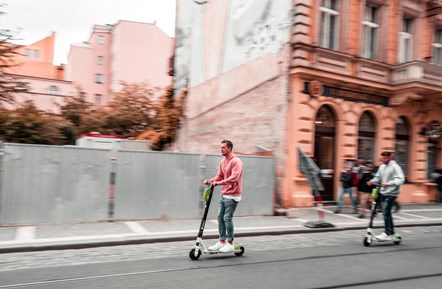