Buying a Green car? Compare insurers on electric cars or you may be in for a shock!

As the latest industry figures reveal a further leap in ‘Green’ car new registrations in September 2020,  GoCompare Car Insurance is warning anyone looking to switch from petrol or diesel, to shoparound for car insurance, to avoid a shock.

Figures from the Society of Motor Manufacturers and Traders (SMMT) show that battery electric and plug-in hybrid car uptake grew substantially in September, to account for more than one in 10 new registrations.  Sales increased 166% to over 34,000 as new models continue to increase consumer choice.

With car insurance being one of the factors contributing to a car’s overall running cost, GoCompare Car Insurance took a look at the difference in insurance premiums being quoted for an electric vehicle compared to its diesel engine equivalent.

Drivers may on average expect to pay more to insure electric cars due to their higher on the road price. However, advice from GoCompare experts is clear; drivers switching to electric or hybrid vehicles must compare car insurance premiums carefully as some insurers are far more competitive when insuring electric vehicles than others.

Lee Griffin, CEO and founder of GoCompare Car Insurance commented, “This example proves how important it is for new electric car drivers to shop around and compare car insurance premiums from a number of insurers. Although drivers may expect to pay more to insure a more expensive car, as electric variants of popular models usually are, they may be surprised to find that the approaches taken by different Insurers to electric cars can vary widely. If drivers assume that an insurer offering a competitive quote for a car with a petrol or diesel engine will be equally competitive for an electric or hybrid version, they may find themselves several hundred pounds out of pocket.

“We are at a tipping point in car buying behaviour. Over time we would expect the prices of electric and hybrid cars to come down to match those of fossil fuel powered vehicles and likewise car insurance premiums should reduce as well. Until then, drivers going green must compare insurance premiums carefully if they are going to make the most of the potentially lower running costs electric and hybrid cars can offer.” 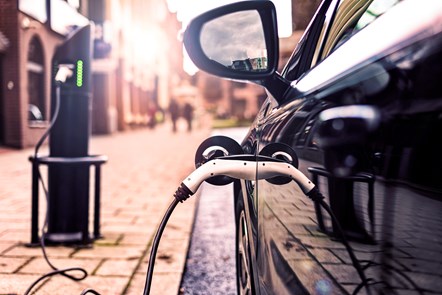