New research* from GoCompare Pet Insurance has revealed that almost two thirds (62%) of pet owners could be putting their dog’s health at risk by feeding them leftover food from a barbecue.

As the weather hots up and Brits reach for the BBQ, GoCompare’s poll found that 62% either always or sometimes feed their dog the leftover food from the barbecue. And a further 55% of pet owners think that it’s ok to feed a dog barbecue food.

The research, which quizzed more than 750 dog owners, also found that the worst offenders are pet owners aged 25-34, with 30% saying they always feed scraps to their dog.

As the charcoal is lit and the sausages are thrown on the barbie, GoCompare is warning dog owners that if they’re planning to have a barbecue it is important to be disciplined and not feed a dog any leftover food as it could be potentially hazardous for their health.

“Lots of human foods can be potentially hazardous for our pets, either because they contain toxic ingredients or because they could be a choke hazard. We would always encourage owners to avoid feeding their pets foods that are meant for human consumption and to stick to pet food and treats that are made especially for their furry friends.

“Barbecue food, should not be fed to dogs. Cooked bones are incredibly dangerous for dogs as they can splinter and get stuck in their throats or cause an obstruction in their intestines. They can also be marinaded or cooked in sauces that may contain ingredients that are toxic to dogs - such as onion - or have a flavour which may cause them irritation, such as spicy foods.

“If you want your dog to join in with barbecue fun and summer festivities then why not create them their own special pet-friendly treat to enjoy while you’re all tucking into your burgers, kebabs and sausages?”

“There are a lot of new pet owners in the UK this summer and the worrying statistic in this research is that most dog owners think it’s ok to feed pets scraps from the barbecue. With friends and family now allowed to congregate in gardens again, it’s highly likely that someone could innocently feed a dog from the barbecue and not realise the harm that they could be causing. There’s definitely more awareness needed about the dangers of feeding pets from the barbecue.

“If you think your pet has eaten something harmful, closely observe your pet's condition and contact a vet immediately. The sooner you react the better chance you will give your pet to recover.”

GoCompare has produced a guide on how to keep your pets safe in hot weather, which can be found here: https://www.gocompare.com/pet-insurance/safety-in-hot-weather/.

*On 12th July – 13th July 2021, an online survey of 2,035 randomly selected Great British adults, of which 750 were dog owners, was executed by Maru/Blue. For comparison purposes, a probability sample of this size has an estimated margin of error (which measures sampling variability) of +/- 2.1%. The results have been weighted by age, gender, region and social grade to match the population, according to Census data. This is to ensure the sample is representative of the entire adult population of Great Britain. Discrepancies in or between totals are due to rounding.

*On 12th July – 13th July 2021, an online survey of 2,035 randomly selected Great British adults was executed by Maru/Blue. For comparison purposes, a probability sample of this size has an estimated margin of error (which measures sampling variability) of +/- 2.1%. The results have been weighted by age, gender, region and social grade to match the population, according to Census data. This is to ensure the sample is representative of the entire adult population of Great Britain. Discrepancies in or between totals are due to rounding. 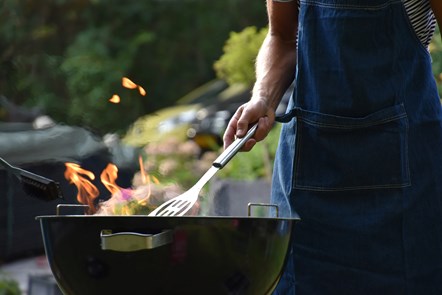